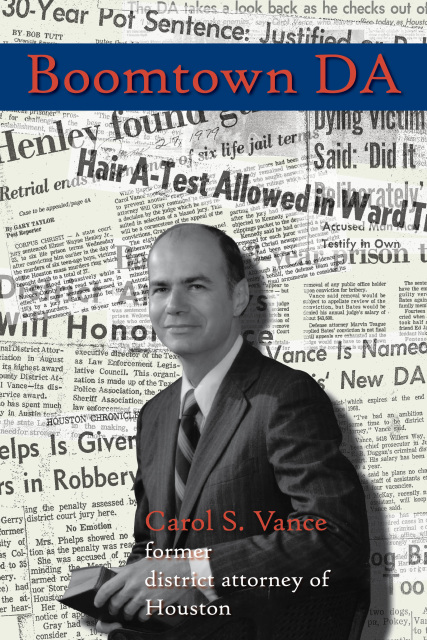 Carol Vance was the district attorney of Harris County (Houston) Texas, from 1966 to 1979. Boomtown DA takes you on a rollicking ride of his twenty-one years in the District Attorney’s office in Houston, our nation’s fourth largest city. Prosecuting everything from sometimes-humorous misdemeanors to one of the most gruesome serial murder cases in American history, the story of Vance’s eight years as an assistant DA and thirteen years as district attorney are sure to keep you on the edge of your seat.

Houston was the fastest growing city in the country during Vance’s tenure as DA -- a true boomtown. And along with the population explosion came a boom in crime. Vance and his team of prosecutors were right in the middle of it, fighting for justice day in and day out. Filled with a cast of larger-than-life characters and written from the heart, this is a story you won’t soon forget.