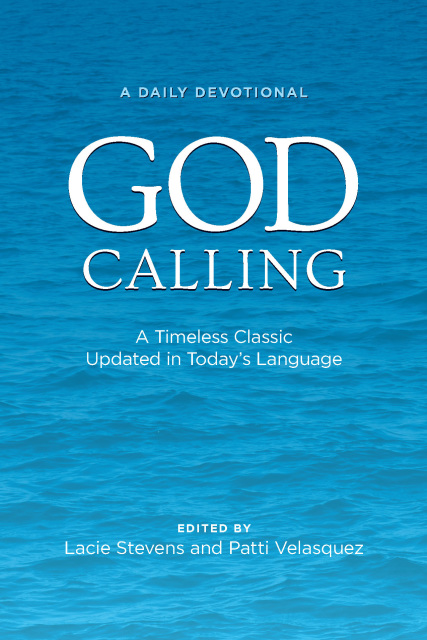 Before Jesus Calling, there was God Calling.

This classic of Christian devotional writing was originally written in the 1930s in England by two anonymous women known only as “The Two Listeners,” God Calling is one of the best-selling devotionals ever written and has been used by millions of people in the ensuing decades. One of its fans was Sarah Young, the author of Jesus Calling. She points out in the foreword to her book that God Calling served as her inspiration.

Now, in time for its 80th anniversary, the language of God Calling has been thoroughly updated by Patti Velasquez and Lacie Stevens. The book’s timeless messages, however, remain the same.

The God who created the universe—who created you and loves you unconditionally—wants to be in a relationship with you. Open this book to any page and you will hear God speaking directly to you.

God longs for you to know Him personally, the way you know a dear friend. Don’t be satisfied by simply knowing about Him. He is calling to you today.

Join the millions of readers who have drawn closer to God through this beloved classic!

This book is so good it actually has its own app for iPad, iPhone, and iPod touch, and Android devices.